Ageism in Medicine: Doctors Are Ageists 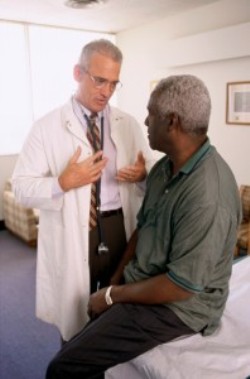 An 80-year-old man walks into a doctor’s office and says, “My bones creak and I feel pain when I just walk.” The doctor responds, “Well, Abe, you are getting on in years.  Nothing works like it used to.  You can’t expect to feel like you did 30 years ago.”

Doctors have historically had an ageist approach to their elderly patients which often results in doctors ignoring their complaints of pain and symptomology.  As such, the elderly are left to needlessly suffer and the diagnosis of their ailments may be overlooked.  Because doctors expect the human body to break down as it ages, they often have a callous attitude toward the pain and complaints their older patients have.

As far back as the 1960’s, Pulitzer Prize winning gerontologist Dr. Robert N. Butler coined the term ageism to describe this syndrome and his landmark study found that “many of the symptoms previously attributed to aging were actually the result of diseases, some of them treatable.”  Dr. Butler established the very first Geriatric Department at Mount Sinai Hospital in New York where he tried to bring this issue to the fore.

It’s not just doctors who ignore older people. Everyone from store clerk to pharmacist has been known to focus attention and questions on a younger companion rather than deal with the elderly customer or patient.  Nancy Perry Graham of AARP The Magazine calls this “the last remaining acceptable prejudice” and has found that some of the worst offenders are doctors, the very people we would have expected to be the most understanding.
Both studies and anecdotal evidence show that doctors pay less attention to the complaints of their older patients than those of their younger patients.  Some studies show that in this age of ‘drive-through’ medicine, doctors spend even less time with their older than their younger patients.  This attitude leads to even less attention paid to actually diagnose a potential disease.
The expectation that age is perforce accompanied by pain and suffering has been so ingrained in our culture. The older person is now of the mindset to tolerate the pain rather than demand it be alleviated.  One reason for this might be cultural.  People of the older generation were taught to revere doctors and to follow them almost unquestioningly.  This could result in a lack of assertiveness regarding their real medical complaints.  Of course, patients with dementia are often not able to voice complaints effectively.

Prejudice against the elderly is the same as any other and one that everyone can fall prey to since we all age.  Some hospitals and medical schools are emphasizing the study of aging as a way to counteract ageism. This is imperative as the baby boomers come of age.
To combat age-related prejudice in the medical care of the elderly:

Back to Our Original Scenario:

Instead of dismissing poor Abe’s complaint of aches and pains, the doctor could have responded empathetically.  Abe could very well be suffering from something manageable like arthritis.  Alleviating his pain and treating him medically and holistically could greatly increase his quality of life as well as his continued contribution to society.

David York Home Healthcare Agency takes the needs and input from each and every client seriously.  Our home health aides are amongst the most compassionate and professional in the business.  We would be happy to discuss your case with you.  Please call us at (718) 376-7755 or visit our website at https://davidyorkhomehealthcare.com/.
You can also follow us on Facebook, Twitter, or LinkedIN.