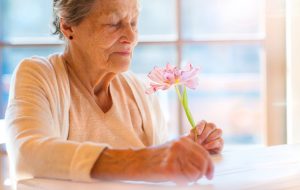 The latest US Census Bureau statistics are staggering and are indicative of the changing demographics of our country. It’s estimated that in 2016, approximately 50 million people in the US will be aged 65 and over, up from 43 million in 2012. That number continues to grow steadily. In fact, projections through the year 2050, estimates the number of senior Americans will reach over 83 million. However, how many of them will have a support system and family? How many of them will be alone? We are now faced with grappling with the former question. The group is now called Elder Orphans.

A recent article in the Huffington Post revealed the results of a study conducted by Dr. Maria Torroella Carney, chief of geriatric and palliative medicine at North Shore-LIJ Health System. She noted that approximately 22 percent of Americans ages 65 and up are at risk of becoming “elder orphans.” This new term refers to senior citizens who are widowed or single and have no children or support systems living near them.
This is a potentially serious problem as the elderly face trouble due to cognitive decline, compromised health and mobility, and difficulty with daily tasks. Generally, it is the family that covers for these bases and provides the care. However, elder orphans are fast becoming a significant group that has been woefully overlooked up until now.
With 11.6% of women aged 80-84 being childless in 2010 and that number poised to rise to 16% by 2030, it has become more important to make sure those who need to come up with an aging alone plan while they’re still mentally and financially able to do so. Geriatricians are concerned that there will not be enough assisted living facilities and nursing homes to house the growing population of seniors who will need them, making advanced preparation even more necessary.
Carol Marak has begun writing a series of articles in the Huffington Post about becoming an elder orphan and discusses the potential risks they face. According to Dr. Carney’s research, these include:

Factors to Consider in Advance

Marak notes that according to the 2012 US Census, nearly “33 percent of Americans aged 45 to 63 are single and positioned to become elder orphans.” Meanwhile, Dr. Carney has a few suggestions for getting started:

As you start to formulate your own aging alone plan, you may also want to consider a good home health care plan for your future. At David York Agency, we can provide a variety of in-home health care services to make aging alone an easier and less stressful process. If you’d like more information about your options, we would be happy to discuss how we can help with your personal aging alone plan.
For more information about David York Agency’s qualified, compassionate home caregivers, contact us at 718.376.7755. A free consultation can help you decide what services might be best. Our aim is to provide you with the assistance you need as you age. If you’d like to hear more from us, please like us on Facebook or follow us on Twitter, Google+ or LinkedIn.