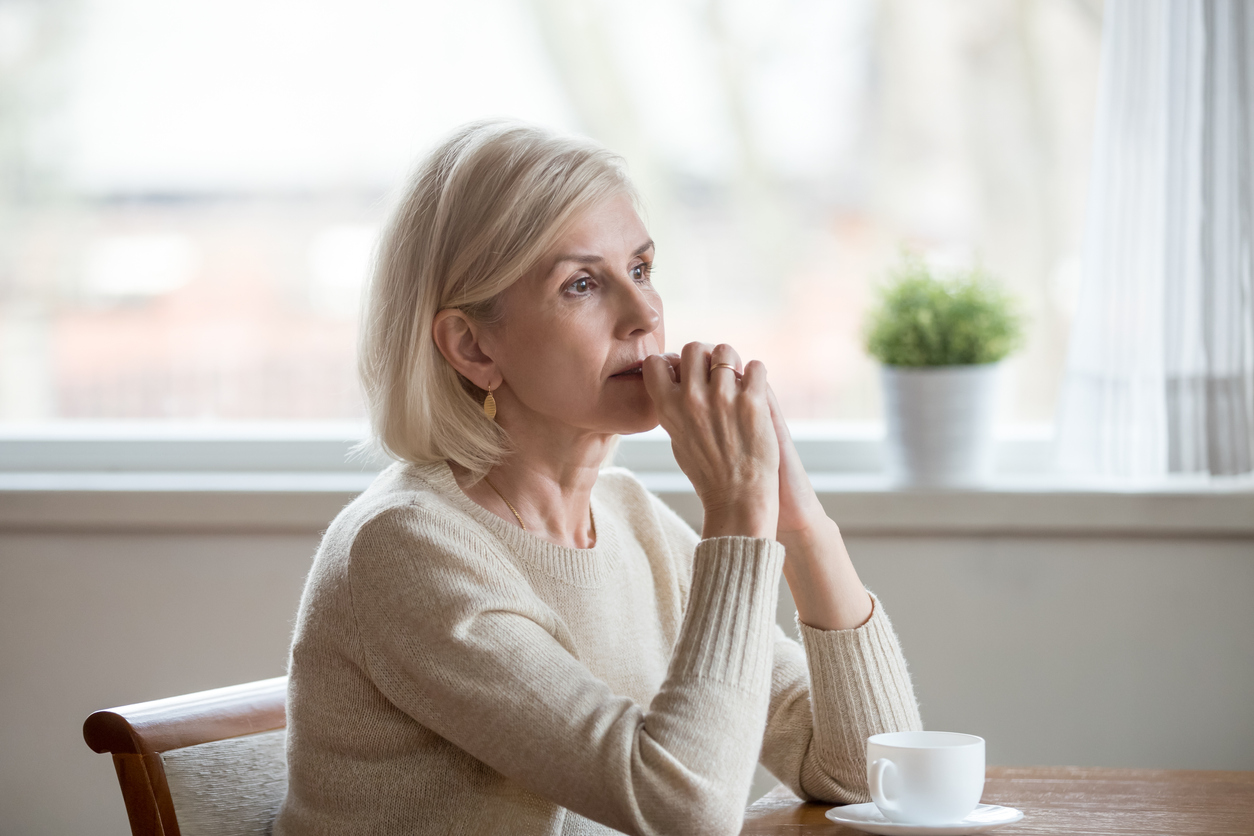 According to the CDC, chronic conditions have contributed to an increased risk of depression in older adults. In fact, major depression affects between 15% and 20% of American seniors over age 65. However, only about one in 10 of Americans over 65 receives treatment for it. Perhaps the chief obstacle to diagnosis and access to geriatric depression treatments is that the symptoms of depression differ based on age.

In seniors, depression may be concealed among symptoms of other illnesses. That’s why it often goes undetected, worsening the impact from chronic conditions and depriving life of contentment.

Unfortunately, depression also increases the risk of suicide. Between ages 80 and 84, people commit suicide at more than twice the rate of the population at large. White men are the demographic group most at risk. The National Institute of Mental Health deems depression over age 65 a major public health concern.

Although late-life depression can go unnoticed by relatives and friends, doctors have excellent ways of diagnosing it, including the use of questionnaires with rating scale questions. Doctors should regularly assess patients over 65 for depression during wellness visits.

Treatments for depression have improved enormously in recent decades and, in particular, a lessening of the side effects of medications. That is a crucial issue for elderly patients who may already be debilitated or taking multiple medications.

Before considering specific treatments, your doctor must distinguish between two very different types of depression. “Regular” depression is called “unipolar” to distinguish it from “bipolar” illness (formerly called manic-depressive illness). Below, we focus chiefly on unipolar or “ordinary” depression.

There has been a steady proliferation of antidepressant medications on the market. This includes both new categories and those with proprietary formulations. These can be effective, but proceed with caution. The elderly metabolize drugs much different than younger folks. As such, they do not need as much to have an effect. Furthermore, you need to be mindful of how they may interact with other medications the senior may be taking for prior chronic conditions. Finally, in this day and age when elderly drug addiction is a real problem, please only use antidepressants under the strict supervision of your doctor.

These are often the first choice of doctors because they have fewer serious side effects than other categories of antidepressants. SSRIs include citalopram (Celexa), escitalopram (Lexapro), fluoxetine (Prozac), paroxetine (Paxil, Pexeva), sertraline (Zoloft) and vilazodone (Viibryd).

The SNRIs work on much the same principles as SSRIs but with unique differences. Examples of SNRIs are duloxetine (Cymbalta), venlafaxine (Effexor XR), desvenlafaxine (Pristiq, Khedezla) and levomilnacipran (Fetzima).

One of the oldest antidepressants on the market, the tricyclics can be highly effective. However, their potency tends to cause more severe side effects than the newer antidepressants. Tricyclics include imipramine (Tofranil), nortriptyline (Pamelor), amitriptyline, doxepin, trimipramine (Surmontil), desipramine (Norpramin) and protriptyline (Vivactil). Your doctor is likely to try an SSRI first. He may turn to a tricyclic if the SSRI doesn’t improve your condition.

MAOIs are also equally potent, requiring you to adhere to a strict diet because of dangerous, even fatal interactions with foods such as certain cheeses, pickles, and wines. This category includes tranylcypromine (Parnate), phenelzine (Nardil) and isocarboxazid (Marplan), generally prescribed as a last resort. Selegiline (Emsam), a newer MAOI, is applied as a skin patch and may cause fewer side effects. MAOIs and SSRIs, however, can never be combined for treatment purposes.

Other medications may be prescribed to boost the efficacy of your antidepressant. For example, your doctor may recommend a combination of two antidepressants. Other additions may include a mood-stabilizer or antipsychotic. Because geriatric depression may manifest itself in sleep disorders, your doctor may also prescribe medications for insomnia. Treatment for insomnia may be with melatonin (a hormone) or a low-dose of the tricyclic antidepressant doxepin (Silenor). Another antidepressant with a sedating effect is Remeron (Trazadone). A newer sleep aid, Belsomra, has proved useful for older adults.

Surprisingly, the widespread use of antidepressants hasn’t eliminated the earlier treatment of choice for depression: psychotherapy. In fact, newer and more effective psychotherapies are being used, such as cognitive therapy and cognitive behavior therapy. Antidepressants work by changing the balance of brain chemicals such as serotonin, but so does psychotherapy. After all, our thoughts, actions, and moods are accompanied by changes in our brain chemicals — and systematic changes in our attitudes and behavior can mean permanent changes in brain chemistry.

Another consideration is always the interaction between nutrition and depression in elderly individuals. Diet deficiencies can cause depression or worsen depression.

Side Effects of Medications

We should be aware that although treatments have improved greatly, the reality of side effects must always be considered. To take but one example, one of the most common side effects of treatment with antidepressants may be increased falls, an especially serious risk for elderly patients. Exercise may counteract this side effect to some extent. However, awareness of the risk is important for patients and caregivers.

The Emotional Rewards of Treatment

Although treatment for depression can prolong our lives, reduce the impact of other conditions, and lessen the risk of death, the highly personal and rewarding outcome of effective treatment is a revival of our ability to enjoy life — to savor good food, participate in outdoor activities, interact with friends, and spend time with grandchildren.

If the above information about geriatric depression treatments in Manhattan has been useful, check out David York’s blog.

Latest Treatments for Lewy Body Dementia in the Bronx
June 30, 2020