Memory slips – they seem like a common part of aging, but what’s normal and when should you be concerned? Smaller slips are often called Mild Cognitive Impairment, or MCI. 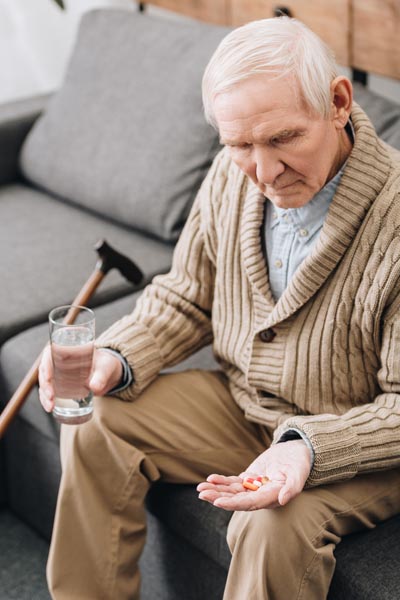 This condition causes cognitive changes. However, these changes are not serious enough to interfere with daily life and therefore, these changes do not meet the diagnostic requirements for dementia. Symptoms typically include misplacing items, having trouble remembering the names of those recently met individuals and being unable to follow a normal conversation. The more extreme the symptoms, though, the more likely it is to be MCI.

Mild Cognitive Impairment (MCI) is a problem that faces many aging adults, yet is often overlooked as just another part of getting old. This is largely due to the fact that the effects of MCI are less noticeable than Alzheimer’s or dementia. However, MCI can still have an impact on the quality of life of your loved one and puts them at a higher risk of developing a more serious cognitive disorder down the road.

Mild Cognitive Impairment (MCI) is defined by the Alzheimer’s Association as a condition which “causes a slight but noticeable and measurable decline in cognitive abilities, including memory and thinking skills.” MCI is one of the stages toward Alzheimer’s, but MCI doesn’t always result in Alzheimer’s. However, MCI does increase the risk of getting the disease.

It is important to note that a person with MCI is at an increased risk for developing some form of dementia. In fact, 20% of older adults suffer from MCI and increasing age is the most well-known factor. However, according to the Alzheimer’s Association, some with MCI do not get worse and could even improve their condition.

If we view dementia as a 7 stage process with stage 1 having no cognitive problems and 7 having severe, this would be considered stage 3. It is typically the initial stage of forgetfulness, by and large noticeable only to loved ones.

There are two types of MCI:

In-Home Care and Support for Seniors with MCI

Mild Cognitive Impairment is a clinical diagnosis determined after a full medical evaluation has been completed. Diagnosis is tough since no definitive test is available, but an experienced geriatrician can recognize MCI with short mental tests, family input and by ruling out other mitigating factors. The diagnosis would be based on the doctor’s professional judgment about the person’s symptoms and medical history.

It is not yet clear what the causes of MCI are, although it is believed to be caused by changes in the brain — similar to the early stages of dementia. Concerning MRI scans can also indicate MCI since the brain actually undergoes physical changes when MCI is present. However, that does not mean that it’s not Alzheimer’s or another type of dementia, as both of those tend to come with brain changes too.

The earlier the diagnosis, the better. As soon as you notice cognitive problems in your loved one, head for the doctor. There are many therapies that can be implemented early on to help slow the progress of the condition. There are currently no medications approved by the FDA to treat MCI, but doctors sometimes go “off label” and prescribe drugs used for treating Alzheimer’s.

If you or a loved one has been diagnosed with MCI or is exhibiting some or all of the symptoms, there are some positive steps that can be taken to improve the condition and the quality of life of the individual.

Those diagnosed with MCI could still live independently with their mild cognition issues. Helping a loved one with MCI can be as simple as visiting with them and playing a game of cards, taking them out for a walk around the neighborhood or driving them to a social outing with friends.

Caring for a Loved One with Mild Cognitive Impairment at Home

More and more MCI patients are opting for care in the comfortable surroundings of their home since the elderly are often too frail to be moved successfully. David York Agency in-home care providers are able to focus specifically on providing relief involved with MCI care. They are monitored by a specially-trained team of doctors, nurses and other specialists who understand how to treat the specific symptoms of dementia and improve the quality of the remaining years of life.

When home healthcare becomes necessary, David York Agency provides skilled home health aide services for the elderly and infirm in their home. A nurse is always available and would be happy to discuss your case with you.

No matter what level of service you need, we’re available twenty-four hours per day, seven days per week. Sometimes the cost of the services can be covered by private medical insurance or Medicare depending on the physician’s orders. Often long term care insurance will pay for a home health aide when the patient is unable to perform activities of daily living.

In-Home Assistance for Individuals with Signs of Mild Cognitive Impairment

When you are faced with the challenge of finding the best in-home care provider to help care for the emotional and physical well-being of someone you love, maybe your mom or dad, you will want to be confident that you are making the right choice.

At David York Home Healthcare Agency, extraordinary service is what sets us apart from other companies who provide in home health care services. Whatever your care needs, we are there for you, always striving to exceed your expectations.

Making the decision about in-home care for a loved one is never easy, but finding the right answers can help you feel more comfortable with the options available and confident in your final decision. That’s why David York Home Healthcare Agency provides prospective clients and their families with a complimentary, no obligation in home care needs assessment.

In our meeting, we will thoroughly discuss your care needs and work with you or your loved one to determine how best to meet your requirements. After evaluating your home care goals we will have a better understanding of your loved ones physical, emotional and cognitive needs and will work with you to create a personalized plan of care.

At David York Home Healthcare Agency, extraordinary service is what sets us apart from other companies who provide in-home care services. Whatever your care needs, we are there for you, always striving to exceed your expectations. 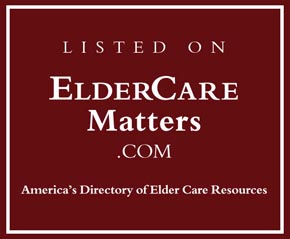