Danger of Polypharmacy in the Elderly by Anita Kamiel, R.N., M.P.S. 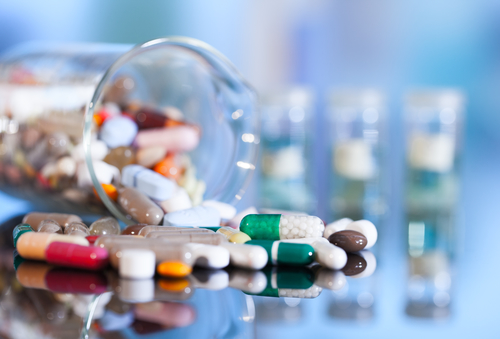 Polypharmacy is on the rise. It is a term for taking five or more drugs concurrently. While this is a cause for alarm in the young, polypharmacy in the elderly is much more alarming. They usually take a panoply of medications prescribed to them by their stable of specialists along with their internist or geriatrician. As such, the dangers can be extremely serious. With so many doctors and healthcare professionals managing the patient, it is easy to both rack up the number of drugs at play as well as fall into the “prescribing cascade” where drugs are prescribed to counteract the side effects of another prescribed drug.

Risks in the Elderly

As with most things, the problem of drug interaction is more acute in the elderly than their younger counterparts. If dizziness is a side effect, as it is with beta blockers, and a fall occurs, the results can be catastrophic as compared to someone younger. In fact, some falls have been blamed on higher medication use in the elderly. Consequently, doctors have been advised to avoid medications that have been linked to falling.

Older patients seem to use their own discretion when taking their medications. They don’t easily cede their independence and it extends to this area of their lives as well. The senior patient may also be loath to tell the doctor about a complementary therapy or remedy. They may have experienced a closed-minded or judgmental reaction it in the past.

According to a Harvard study, polypharmacy has seen a 70% increase over the last 12 years. A longitudinal study in JAMA Internal Medicine found that more than 33% are taking five or more medications, 66% are taking dietary supplements and 40% are taking over the counter drugs.

In 2006, 8% of seniors were at serious risk for drug interaction, but that number rose to over 15% in 2011. Adverse drug interactions include combining aspirin with the blood thinner Plavix. Taken together there is an increased risk of abdominal bleeding. Taking fish oil for heart health combined with the blood thinner Coumadin can also cause bleeding.

Most elderly patients don’t bother to tell their doctors about the non-prescription drugs or supplements. Doctors simply often neglect to ask them about it. As a result, any risks of drug interaction are not clear enough to patients. If the elderly will be choosing which medication they want to take (or can afford – a whole other topic), it is important to educate them about the purpose of each and the possible interactions, so they, their families and doctors can make informed decisions.

Communication is a serious problem. Specialists who don’t necessarily communicate with each other very often prescribe varying medications. A clinical pharmacist specializing in geriatric care can help. They are often the repository for all the prescriptions for the patient and can be a central clearinghouse. They can perform a drug reconciliation to make sure the patient is not combining substances with negative interactive effects. Consult Beer’s List put out by the American Pharmacists Association for drugs not to use in older adults. There is a handy list of “Tips on Polypharmacy Management” available through the ClevelandClinic.org.

Another problem is once we start medications, we almost never stop them. We pour money into efficacy tests for a course of drug treatment. However, we almost never study how and when treatment is to end. A study out of the Veteran’s Affairs Hospital showed that 44% of elderly patients were actually given at least one unnecessary medication upon discharge.

At Your Next Visit….

In the meantime, go along with your senior loved one to the next checkup or doctor visit. Be sure to bring every prescription and non-prescription over the counter remedy or supplement with you. Let the doctor do a comprehensive review. It will be a good time to re-visit the necessity of the medications as well as a time to tweak dosages.

Elderly patients may become confused about what to take especially if they are in the beginning stages of dementia. It’s easy to mismanage the arsenal of prescribed and recommended medications. A caregiver or family member must step in to avert what can sometimes become a life-threatening disaster.

Anita Kamiel, RN, MPS, is the founder and owner of David York Home Healthcare Agency, licensed by New York and New Jersey. She has a master’s degree in gerontological administration. She is fully acquainted with all factors related to eldercare services and the latest guidelines for seniors. Thirty years ago, she realized the need for affordable, quality home health aide services provided and supervised by caring individuals. You can contact her at 718-376-7755 or at www.davidyorkagency.com. David York Agency is also on Facebook, Twitter, and LinkedIn.