Aging and Substance Use in Staten Island 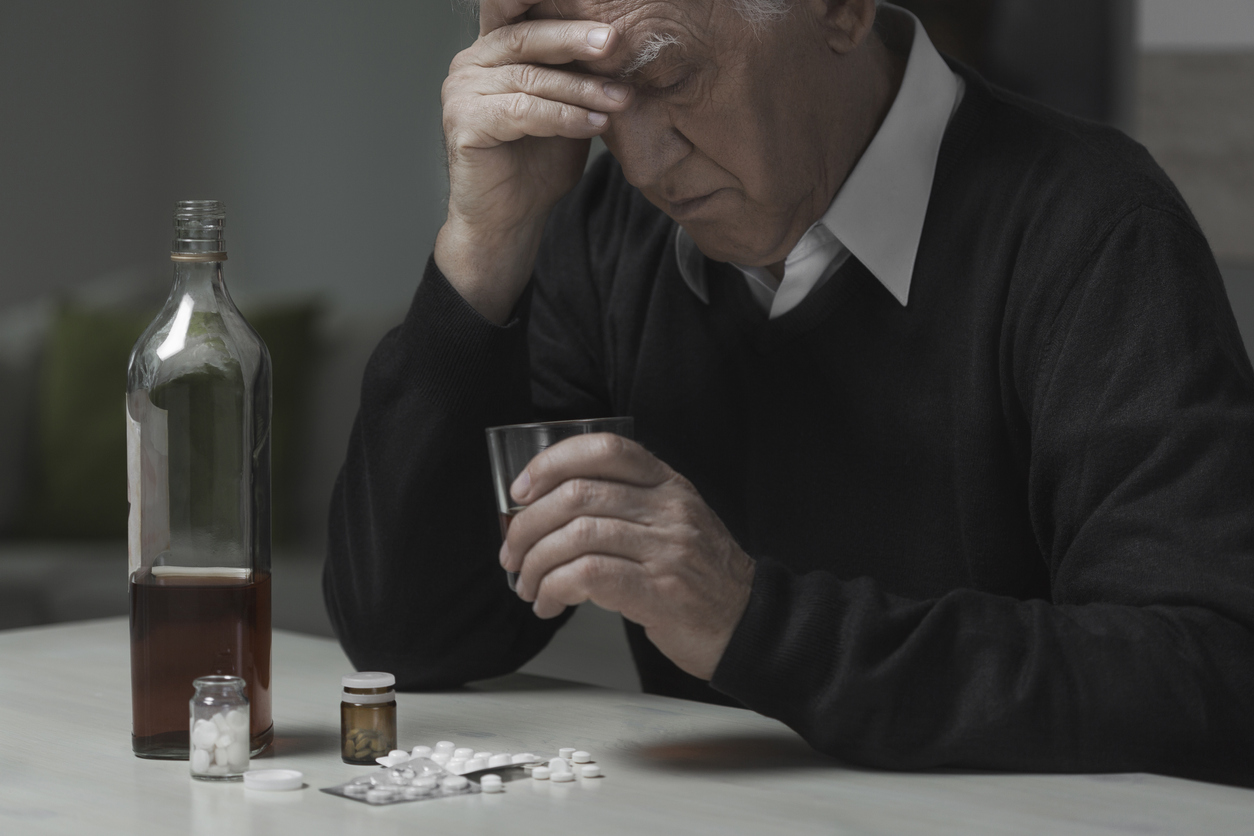 When contemplating the issues of aging, we often ignore the link between aging and substance use. However, many seniors, struggling with physical and mental changes in later life, are susceptible to the beguiling promises of drugs and alcohol. What’s more, this problem is on the rise. Substance use disorders tend to look a little different in this population, and getting an accurate diagnosis can be difficult. However, treatment is available, and the outcomes are encouraging. Below, we highlight what you need to know about aging and substance use.

HOW COMMON IS THE PROBLEM?

Unfortunately, this issue isn’t as rare as you may think, and it’s growing. According to the National Institute on Drug Abuse, almost one million adults who are 65 and older grapple with this problem.

From 2013 to 2015, the country saw a 54% increase in people aged 55 and older seeking treatment for opioid abuse. Meanwhile, studies in 2020 showed that people over 50 have increased their alcohol use more than younger populations. One study found that alcohol use disorder among seniors increased by a shocking 107% from 2001 to 2013.

According to a white paper on aging, substance abuse can be divided into three categories.

Those who have imbibed alcohol without significant problems for decades often find it a shock to discover new vulnerabilities in later life. In particular, cognitive decline makes it harder to navigate the toll of substance use. Meanwhile, seniors who suffer from insomnia, anxiety, and depression are also at increased risk of alcohol abuse.

Seniors are prescribed medication three times more often than younger populations. They also purchase 75% of over-the-counter medications. Because they ingest more medications than other populations, they have a higher risk of developing a dependence on them.

Illegal drug use by older adults is on the rise. This may be because the Baby Boomer generation was known for its openness to experimenting with psychoactive drugs. Recreational users may find that the drugs they used in earlier years deliver a more intense impact as their physiology changes.

UNDER-DIAGNOSIS IS A PROBLEM

According to Psychiatric Times, substance abuse problems are difficult to diagnose in seniors. This can be because doctors don’t expect to see this age group struggle with such issues. Yet, 8.7% of those aged 65 to 80 years filled at least one prescription for benzodiazepines in a 1-year period from 2005-2006. Ominously, 31.4% of these individuals with benzodiazepine prescriptions stayed on these medications for longer than 120 days in each of the years.

Another reason for under-diagnosis is that some symptoms of substance abuse are very similar to common issues of aging. Seniors often struggle with cognitive decline, poor balance, motor skill problems, insomnia, and depression, all of which are commonly associated with substance abuse.

The good news is that treatment is available for people with substance abuse disorders, no matter their age. According to the International Psychogeriatric Association, recovery outcomes are as good or even better for seniors, compared to younger populations.

Treatment options include Cognitive Behavioral Therapy, 12-step programs, and residential treatment. Speaking to a doctor who specializes in elder care about the options is an important first step.

It’s also vital that a senior who has a substance abuse problem receives a high level of support. Substance abuse heightens the danger of falls and makes cognitive problems worse. It also exacerbates other issues of aging, such as social isolation and depression, and interferes with eating habits.

For those who have received treatment, supportive care can help lessen their stress, enabling them to focus on their recovery. In addition, since the withdrawal process can be prolonged, transportation to therapy appointments and 12-step groups is critical.

HOW WE CAN HELP

At David York Agency, we offer the highest quality in-home care services available in the city. We are familiar with substance abuse problems in the elderly and can provide specialized support.

DAVID YORK AGENCY UNDERSTANDS THE LINK BETWEEN AGING AND SUBSTANCE USE

If the above information about aging and substance use has been useful, check out David York Agency’s blog for more articles about senior care in Staten Island.

4 Tips to Support Oral Hygiene in Staten Island’s Elderly
May 28, 2022