Senior Social Media Use for Senior Health in Pelham Parkway 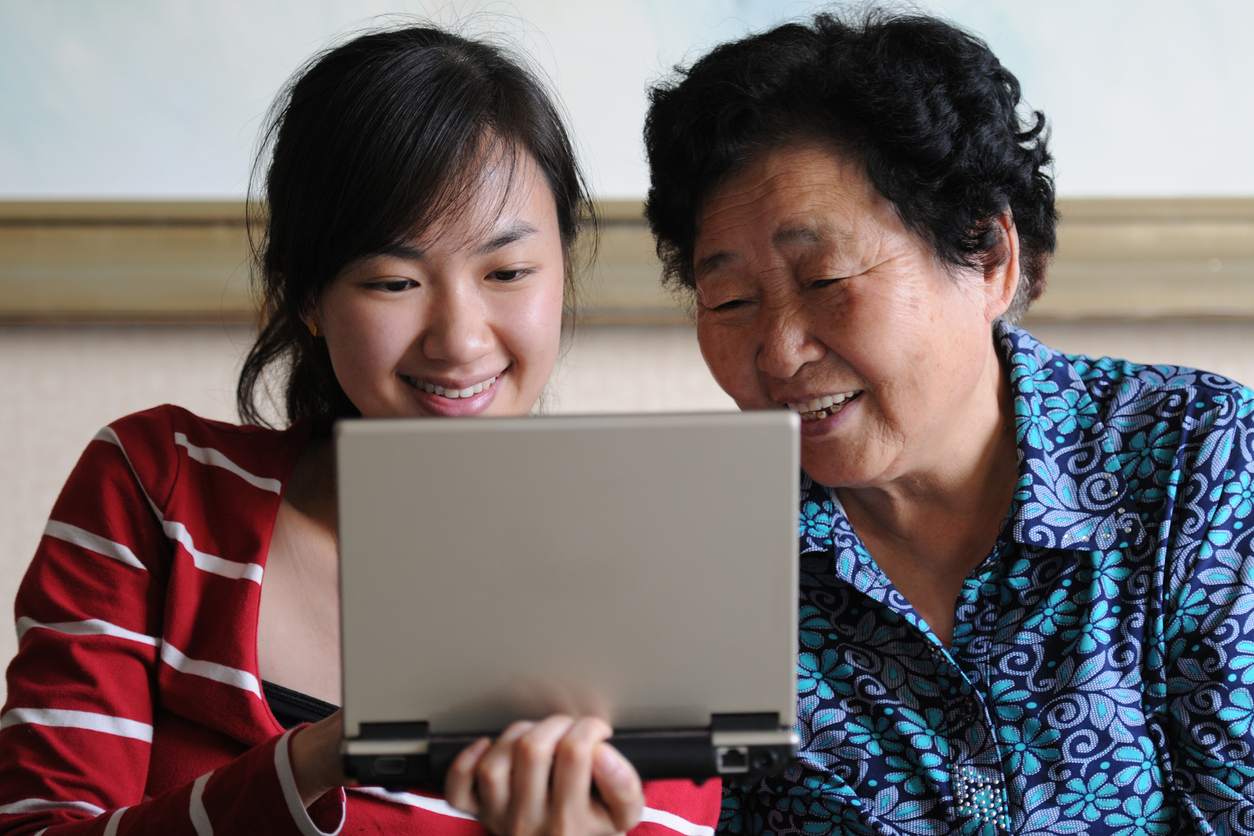 While teens have moved on from Facebook, the older generation has found that it serves them quite well. They have recognized that others in their stations in life are also online. As such, they have used it to start discussion groups for life and health issues pertinent to them. Doctors and other professionals have keyed into this demographic and set up social media pages to take advantage of this customer and patient outlet, elderly social media use.

Having a gateway to the outside world is critical once the elderly become homebound. Being that a major problem of the elderly is a devastating feeling of loneliness and isolation, encouraging new technology adoption as an avenue for its alleviation is a winning solution. Keeping in touch with old friends and relatives as well as keeping current with the events of the day could help the elderly remain feeling vital. This counter-intuitive marriage of the elderly with technology might be the perfect antidote to what ails them.

According to the Pew Research Center, internet use among those 65 and older grew 100% between 2009 and 2010 showing the largest growth in a demographic. They use it to bridge the geographic gap between them and their loved ones far away. They also use it as a tool to re-connect with friends from a far off time. Studies show that the internet has become an important tool in reducing isolation, loneliness and other depressive symptoms. Seniors have discovered that Skyping is a great way to bring relatives from far away right into their living rooms. It has become a healthy emotional outlet and word of its benefits has spread like wildfire among the elderly.

A Path to Health

A new study out of England and Italy finds that when the elderly are trained in the use of social media as well as Skype and email, they perform better cognitively and experience improved health.

During a two-year period, 120 seniors in the UK and Italy aged 65 and above were given specially designed computer training. They were compared against a control group that did not receive any training. Among those that used these tools, the mental and physical capacity improved. This compared favorably to a steady decline experienced in the control group.

Hypotheses as to why this occurred include: “Human beings are social animals,” as stated by Thomas Morton who led the study out of the University of Exeter’s psychology department. It is amazing how satisfying our basic social needs can have synergistic effects on our overall health. One woman reported feeling “invigorated” rather than “slipping into a slower pace”. She even stated she cared more about her appearance and losing weight. Three-quarters of the test group with computer training found email and Skype useful. However, fewer than half liked Facebook as much.

The Office for National Statistics in the UK reports that the elderly over 65 have increased their internet use from 9% in 2006 to an astounding 37% in 2013. Keep in mind that the elderly population in Europe is set to grow from 17% to 30% by 2060. Pairing their well-being with this ever growing usage of technology can have dramatic effects on their quality of life.

Older adults emphasize the informational and educational aspects of the internet using it in an encyclopedic fashion. They often use it to visit government sites or to research financial issues. They also use it to find out health information and to connect with others experiencing the same health challenges. Twitter has become popular for keying into specific news sections they want to follow while many of the elderly have uncovered the beauty of the digital travelogue, others value having a book review available through a simple click.

Groups for the elderly experiencing specific ailments as well as groups directed at their caregivers are all readily available. Furthermore, many elderly have increasingly availed themselves of this supportive network. Dementia to depression to diabetes – all can give and receive support in the comfort and convenience of their home. Overcoming loneliness is that much easier through social media. As more and more of the population ages and sticks closer to home, the internet as a support and educational tool becomes ever more important.

In addition to the psychological benefits, the internet has become an important way to exercise the minds of our senior citizens. Studies have shown that playing video games even 1 hour a day, 3 days a week can improve the focus and multi-tasking abilities of the elderly. They may actually increase socializing with younger friends and relatives which would be a wonderful by- product.

Those in the eldercare field feel that the computer, and even the use of that word, could be a barrier to entry for many of the elderly. Therefore, they propose shifting the focus of technology adoption from the computers to tablets. In that way, adoption may increase since tablets tend to be more user-friendly.

Computer classes at senior centers are growing in popularity. They offer computer basics as well as instruction in using email and other social media platforms such as Facebook. The Jewish Council for the Aging in Washington, D.C. offers an entire Senior Tech program. Additionally, the AARP has a whole Social Media Education Center on their website devoted to this. It provides step-by-step guides with screenshots in PDF format. These could be printed out for those interested in exploring the topic in the safety and comfort of their own homes.

At David York Agency, we understand the many challenges and risks faced by the aging and elderly and are dedicated to providing care to support them through all of those ups and down. At David York Home Healthcare Agency, extraordinary service is what sets us apart from other companies in Pelham Parkway that provide in home healthcare services.

DYA we could provide direction as to how to manage the total care of your senior loved one. Whatever your care needs, we are there for you, always striving to exceed your expectations. For more information about David York Agency’s qualified, compassionate caregivers, contact us at (718) 376-7755. A free phone consultation can help you determine what services would meet your needs. We aim to provide you and your loved one with the assistance they need. If you’d like to hear more from us, please like us on Facebook or follow us on Twitter or LinkedIn.

For more helpful tips and information, check out our blog or contact us today.